Certificate of Origin in International Trade 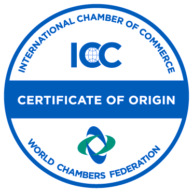 React Native vs Swift Comparison: Which is Best For Your App?

Certificate of Origin in International Trade

A Certificate of Origin (CO) is a document that is used for certification that the products exported are wholly obtained, produced or manufactured in India. it is generally an integral part of export documents. It is required when:

(a) Goods produced in a particular country are subject to preferential tariff rates in the foreign market at the time of importation.

(b) The goods produced in a particular are banned for import in the foreign market.

India is a signatory to World Trade Organisation because of which Indian exports are accorded preferential treatment available to all WTO members. Secondly, India has also entered into bilateral and multilateral trade with its trade partners because of which Indian exports get into these countries at concessional import duty regime in order to avail the preferential treatment, the Indian exporters are required to furnish the proof that the goods manufactured are, indeed, of Indian origin hence, certificate of origin constitutes an integral part of export documents.

Types of Certificate of Origin:

(a) Preferential Certificate of Origin: The preferential arrangement under which India is receiving tariff preferences for its exports are:

These Preferential arrangements/agreements prescribe Rules of Origin which have to be met for exports to be eligible for tariff preference. A number of authorities and agencies have been prescribed by the Government for the issue of a certificate of origin. They also provide details regarding rules of origin, a list of items covered by an agreement, the extent of tariff preference, verification and certification of eligibility. Export Inspection Council (EIC) is the sole agency authorised to print blank certificates.

The authorised Chamber of Commerce.

Contents of Certificate of Origin:

(a) Name and logo of the chamber of commerce.

(b) Name and address of the exporter.

(c) Name and address of the consignee.

(d) Name and the number of Vessel or Flight.

(f) Name of the port of discharge and place of delivery.

(i) Total number of containers and packages.

(k) Signature and initials of the concerned officer of the issuing authority.

(I) Seal of the issuing authority.

Significance of the Certificate of Origin:

(a) Certificate of origin is required for availing of concessions under preferential schemes such as the Generalised System of Preferences (GSP).

(b) It is to be submitted to the customs for the assessment of duty and clearance of goods with concessional duty.

(c) Sometimes, in order to ensure that goods bought from some other country have not been reshipped by a seller, a certificate of origin is required.

(d) It is required when the goods produced in a particular country are banned for import in the foreign market.

(e) It helps the buyer in adhering to the import regulations of the country.

Everything you learn for Export-Import Business –

React Native vs Swift Comparison: Which is Best For Your App?

Would Taking Delta 8 Gummies Effects on your Sleep?

QuickBooks Online Login Problems! How to fix these issues?

How can digital transformation services help your business grow?

Magento to Shopify Migration In Just in Few Steps

Why Flutter Has Become the Best Choice To Develop a Mobile App in 2021?

Apache vs Nginx: Which One is Best?

How To Take Proper Care of Pillows Bamboo and Pillow Bamboo

Would Taking Delta 8 Gummies Effects on your Sleep?