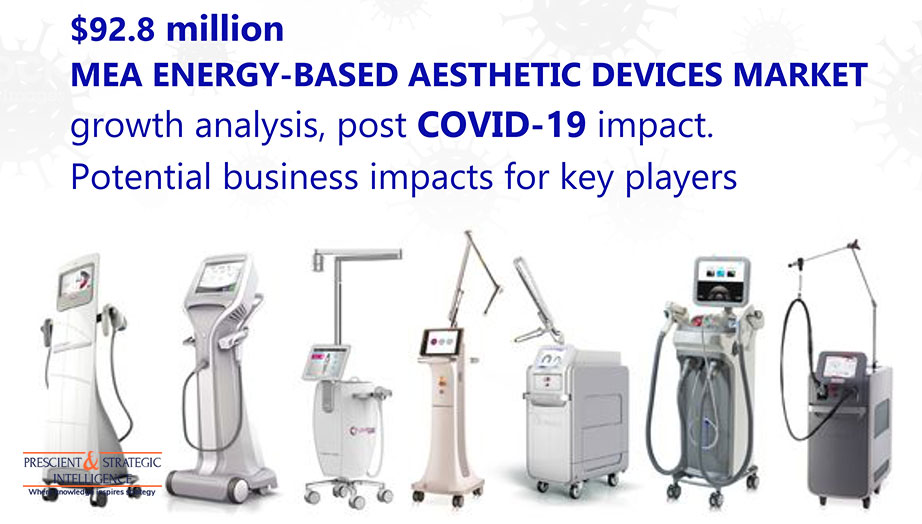 According to a report by P&S Intelligence, the Middle East and African (MEA) energy-based aesthetic devices market is predicted to attain a value of $189.0 million in 2030, progressing at a 7.1% CAGR during the time period 2020–2030.

The market is witnessing growth due to the rising preference for non-surgical minimally intrusive aesthetic treatments in MEA, increasing awareness among consumers about safety profile of these devices, surging geriatric population, and expanding medical tourism industry in the region.

In terms of distribution channel, the MEA energy-based aesthetic devices market is divided into direct and indirect channels, between which, the indirect division held the larger share of the market during 2014–2019. The division is further expected to dominate the market in the near future, owing to the expanding e-commerce sales in MEA and increasing focus of consumers towards home-based products, such as laser hair removers and skin rejuvenating devices.

Geographically, Saudi Arabia dominated the MEA energy-based aesthetic devices market in 2019, which can be particularly attributed to the growing requirement for aesthetic enhancement procedures among both women and men in the country. Lip augmentation and liposuction are primarily gaining popularity in the country, as people are becoming more inclined towards keeping up with latest fashion trends prevalent in western countries.

How to Choose Air Conditioning Units For Your Shop

What are the Basic Fundamentals of Mobile Game Designing?

12 Main Reasons You Should Start an Ecommerce Business

How Custom Packaging is Bringing Innovation To Life

Why should you Hire a Shopify SEO Expert?

How A SEO Company Can Help Your Business Succeed

Migrate Your Online Store To Shopify In Few Simple Steps!

Why is Blogging Important for a Financial Business?