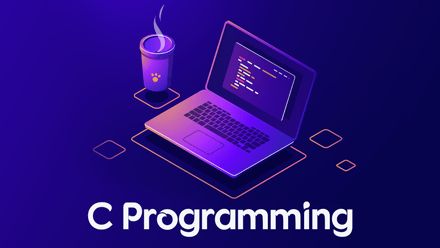 This is a programming language, which is used in computers. It is considered as simple and basic i.e. base language in all languages. By which many other languages ​​have been created. We can use this language in many ways. Through this, we can also create an operating system, software, drivers, etc. It is a language that is still considered as important in the field of computers as before.

In this way, we can say that it is a language through which we can connect to our computer or any other device that operates through a program.

What is the History of C Programming Language?

This language was developed in the USA. Its founder is Denis Ritchie. And it was made in 1972 at AT&T’s bell laboratory. It was developed from a language named B. That is why it was named C because it has been made with slight changes from the language called B.

In 1960 this language was created to work on UNIX. For which after making some changes later, it was better designed in 1972 by a scientist named Dennis Ritchie and named it C. It was modified by them. This language is used to create operating systems and drivers for most hardware. Which makes a communication system between hardware and software.

Mostly C language ( c++ programming course ) is used in making computer operating systems and drivers. Because it is considered a type of hardware communicated language. This language has been adapted into several languages ​​with minor changes. Which we are also known by the name of new languages ​​- C ++, C #, etc.

What are the features of C Programming Language?

Some important features of the C language are given below-

2. Rich Library- Many functions and libraries are already provided in this language. Which helps us to write any program. and make our work faster.

4. While giving instructions in this language, we keep in mind that we are writing any code or letter in lower case. Whether writing in small letters or in capital letters because it supports only small letters.

5. This language system, science, mathematics is used in such logical subjects.

6. It is relatively faster than language and languages, that is why this language is used the most.

Why is C Programming Language so important?

Yah language is very small and relatively easy to learn compared to other languages.

C compiler and the cross compiler are available everywhere. Which are most useful on any hardware or hardware like a mainframe.

Although C is considered a high-level language. Nevertheless, it uses the features of some lower-level languages, which is why this language is very useful.

This language has a very good library. Many libraries are well written in this language which makes it easy to code in other languages.

Many tools, drivers are also built in this language. Which works to create a communication system between two devices.

C language promotes many languages, it means and languages ​​are derived from it for example PHP, C Plus Plus, LPC, AWK, JavaScript, and many more.

How to Expand Your Shopify Store to Multiple Countries?

Key Things to consider before you Hire a Shopify Expert!

A Guide About Audio Visual Technician For You

Manage Your Business Expenses This Festive Season With a Business Loan

The Future-Fate of Web Development